*Tank Watch is an award-winning tool for creating ocean-friendly aquariums. Use this site to easily identify the fishes most commonly seen in saltwater tanks and learn their origin:

For a Good Fish rating, captive-bred status of individual animals must be confirmed.

If a species is not on the Good Fish list, it cannot be captive-bred and is considered a Bad Fish.

*Tank Watch earned the coveted title of Prize Winner in the Wildlife Crime Tech Challenge, a USAID project in partnership with National Geographic, the Smithsonian, and TRAFFIC for its capacity to reduce consumer demand for illegal coral reef wildlife. 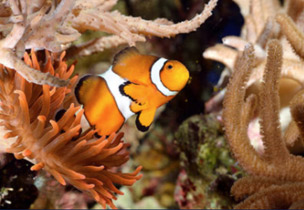 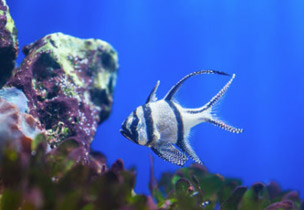 Why Do Aquariums Put Reefs and Wildlife at Risk?

Nearly all the animals housed in saltwater tanks began their lives on coral reefs thousands of miles away. As of late 2021, only about 50 of the 2,000+ reef fish species kept in saltwater aquariums were bred in captivity at a commercial scale and suitable for the hobby. The Good Fish list is comprised of those species. Tank Watch also exposes the 50 species sold in large numbers by the marine aquarium trade that are wild-caught and cannot yet be captive-bred.

Consumer demand drives the annual capture of tens of millions of wild reef fishes and other creatures. Most of this fragile wildlife quickly succumbs to the stressors of capture, handling, transport and captivity. For each one surviving the journey from reef to tank, up to nine others likely die along the way.

Corals are destroyed and wildlife suffers and dies from poisonous cyanide illegally used in the capture of millions of fish. Reefs lose their resilience from depletion of animals key to ecosystem health and balance.

Successful breeding of many highly sought-after species is still years (and possibly decades) away, making the identification process simple for conscientious aquarists and coral reef champions:

Make a difference by pledging to protect wildlife and reefs:

If it’s not on the

Just like you, conscientious people across the U.S. and around the world want to ensure saltwater aquariums do no harm to coral reefs and wildlife. You can increase your positive impact with a donation to help us expand our reach.

We’ve replaced our app. Add our site to your device.