Nearly 60 percent of coral reefs on Earth are threatened from human activity. In areas where fish are captured for personal and public aquariums, that jumps to over 90 percent due to unsustainable and destructive fishing practices. 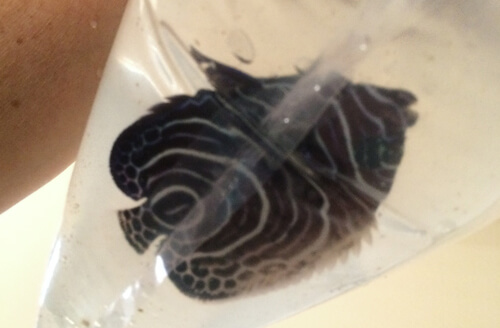 Cyanide is a poisonous chemical stunning agent that allows fishermen to easily capture fish off the reef. But, it is ultimately deadly to these fish and other wildlife on the reef, including the beautiful corals themselves, which can die within seconds of exposure. Illegal cyanide fishing is destroying coral reefs to supply wild fish for display in personal aquariums.

Fishermen who use this destructive fishing practice do it by mixing cyanide tablets with seawater in squirt bottles. The highly concentrated solution is sprayed around the corals and where fish seek shelter. The stunned fish stop swimming and sink, which makes them easier to scoop up. Many of the cyanide-exposed fish die on the reef. 80% of those captured with cyanide die within 6 weeks of exposure, often as newly purchased fish for personal aquariums.

Over 50% of wild-caught aquarium fish purchased from U.S. wholesalers and retailers tested positive to exposure to cyanide.

Overfishing and bad fishing practices, pollution, and climate change are putting these fragile rainforests of the sea at risk. 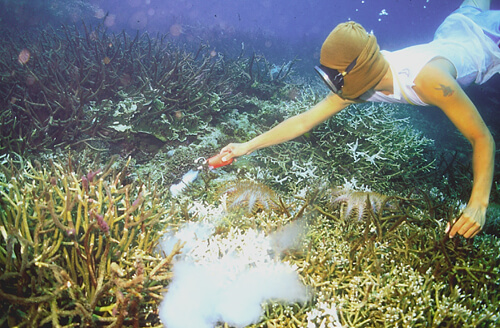 Tropical fish are taken from coral reefs each year for display in personal aquariums.

See the top 30 species at risk and how you can help protect them TODAY!